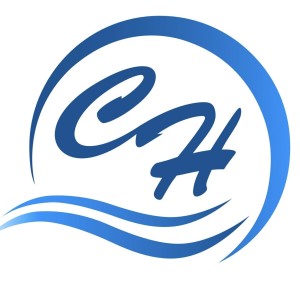 Enys House and Gardens, Our A-Z of Cornwall

A day out at Enys House and Gardens

Enys House and Gardens are tucked away in a small town called Penryn, about one mile northwest of Falmouth. Enys is often overlooked for larger and better known gardens but it really is one that you shouldn’t miss out on. It houses some of the oldest gardens in Cornwall! The team that look after the grounds are doing their best to bring it back to it’s former beauty.

Today Enys consists of over eight different gardens, each beautiful in their own way. There is also the wonderful house that is sometimes open to visitors, often showcasing art exhibitions. Keep reading to find out more about this incredible historic house, gardens and the people that throughout the years have made it their home.

It is worth mentioning here, that due to the current situation we do now know their exact opening dates. If you get the chance to go when they are open, we highly recommend it. You can keep up to dat with their opening times on their Twitter.

The word Enys is formally a Celtic word meaning a circle, an island or a clearing in the forest which is quite fitting to the house and gardens that we know and love today.

The Enys Estate is likely to have first become home to the Enys family during the life of Robert de Enys. Samuel Enys, who owned the estate up until 1667 had a pedigree produced from family deeds. This showed that Robert de Enys owned the estate way back in 1272. The rights were passed through the family. Then in 1363 Robert’s granddaughter, Joane, released her rights to the estate to her brother John de Enys and his heirs. This happened during the reign of Edward III and the deed is still in the Cornwall Records Office today.

Throughout history the gardens at Enys were noted as one of the earliest in Cornwall and have always been believed to be among the greatest. Many historians have recognised its progression to beauty through the ages.  In 1450, Enys was even mentioned in a Cornish play that was taken to Oxford. In the play the land was given as a reward to the builder.

At one point the Enys family owned land throughout Cornwall in places such as Camborne, St Agnes and Gerrans and Portscatho. Not including the house and gardens, the Enys family also owned farm houses and a few cottages. These would have been let to those working on the farm and estate. The last record of the estate working to capacity was just before the start of World War II. At this point they employed 10 people to maintain the gardens and additional people were employed for duties inside the house.

The second house was built before the Civil War and was most likely built by either John Enys or his father Thomas. Exact dates for the build are unknown but it is thought to be somewhere between 1580-1630. From old plans it appears that this house was either Elizabethan or Jacobean in the tradition E shaped style mansion.

In the 1820’s the second house to stand on Enys burnt down. Unfortunately again exact dates are unknown but it was likely to be after John Samuel Enys inherited it in 1821. There were several plans created for the rebuild of Enys. However it wasn’t until 1830 that the build actually began. This may have been down to lack of funds or perhaps John was indecisive and just wanted to get it right. The house was completed in the mid 1830’s and the family moved in in May 1836, which was quite a quick turnaround back then!

The current main house is two stories tall and has an adjoining three story servants wing. This was quite a luxury for the servants living there at the time.  It is also worth mentioning that some of the tall ground floor windows at Enys are false. This could be for safety but more likely to be due reducing the cost of the window or glass tax. John had also learnt his lesson after the fire and not wanting to relive that day he installed a water wheel. This is still visible beside the lower lakes today. It was created to pump water to the house and also to reservoirs created nearer to the house in case another fire should start.

Just before the outbreak of World War II improvements were made to Enys which included things like the installation central heating. This was a huge upgrade for those living there but it was short lived as soon after the war broke out Enys was requisitioned by the War Office. For the foreseeable future it was now going to be used by the Royal Netherlands Naval College. It was well suited due to its size and ability to accommodate a lot of people. Training rooms and buildings were constructed on the Mowhay (Cornish word for a hay store). These were used by cadets.

After the Naval College left in 1946, the Enys family briefly got to occupy their home again but only for a short period of time. They then moved to smaller properties on the estate. From 1950 it was then used as a boys boarding school for a short period of time, housing 60 boys, 6 teachers and a matrons bay. Since the boys boarding school closed it has remained uninhabited and deteriorated quite rapidly. Since 2018, efforts have been put in place to start restoring the inside of the house. As funding is received more work will be done to restore it to its former glory.

The gardens have a long history and have been well known and admired for years. In the 1709 edition of the Camden’s Magna Brittania, Enys was noted for its fine gardens and it is was Henry Harrison. In 1833, he produced the designs on which the gardens are based today. Originally Enys gardens were laid out in an Italianate style with long vistas reaching down the length of the current garden. The new design created by Harrison required much less maintenance. J D Enys sourced many of the plants for these gardens on his trips to New Zealand and Patagonia meaning that many of the plants are very diverse. Each of the gardens has something special to offer but we have included a summery of our favourite spots below.

The ponds are a very important part of the house, given that they were likely used to supply fish and water to the main house. It is thought that the ponds likely date back to Samuel Enys’ time at the house but unfortunately the exact date is unknown. The waterwheel can still be seen and is situated near to the bottom of the pond. It is used together with an adjacent hydraulic ram and would have pumped water in to the house.

Today they do not fish the ponds and because of this they have become a haven for wildlife. Visitors often enjoy the ponds for their peaceful walks or the chance to read a book undisturbed. The pond showcases a selection of plants from bamboos and tree ferns to giant rhubarb and acers. The giant rhubarb or Gunnera Manicata as it is known really is huge, so see if you can spot it!

This is the meadow that is known for the absolutely gorgeous bluebells that create a beautiful carpet of blue that covers the field. If you go at the right time of the year, May is best, the distinct sweet scent lingers in the air. You will be able to find them just by following the smell. The reason this bluebell meadow is so well established is because it is thought to have been left undisturbed since ancient times. The bluebells are appreciated by all but are famous with the avid gardeners. The bluebells at Enys do differ slightly from the more well known Spanish Bluebells. This particular type of bluebell is known for its distinctive droop and their creamy white pollen.

The Orchard is one of the newest additions to the Enys gardens and was only started in 2012. Located at the bottom of the garden, an abundance of Cornish Apple Trees stand neatly in long rows. Although only created recently, the orchard is fully established and already providing fruits. The trees were planted in rows from North to South. In our typical Cornish weather this allows for maximum sunlight to ripen the fruit. The Orchard garden is walled with a native hedge of hornbeam to provide the trees with shelter for the wind. This also makes it the perfect spot for a picnic. If you are heading to Eny’s why not pack a picnic for lunch and enjoy it in the beautiful surroundings of the Orchard?

The Orchard currently grows a big variety of different dessert apples and cider apples. In previous times it is thought there were many orchards on the land. Unfortunately due to lack of maintenance and the age of the trees these have all disappeared.

As you can see Enys has so many wonderful sights to offer. I really can’t do them justice by squeezing them all into one blog. Head over for an afternoon or day, I don’t think you will be disappointed.

Enys is quite seasonal so I would recommend checking before you go. They often hold events out of season which are always fun but it is better to know in advance. The gardens are open on Tuesday and Thursday afternoons between 2-5pm. On weekends they are open on Sunday’s from 11am-5pm between the 1st April and the 30th September.

To get to Enys House and Gardens we would recommend driving as it is quite close to Falmouth making public transport a bit tricky. To start head towards Truro on the A39. Drive past the Norway Inn and then take the second exit on the left towards Mylor Harbour/Pandora Inn. Follow the country road and then take the first right, signposted for Enys Gardens. From here you just need to go straight over the crossroads. The entrance to Enys will be on your left hand side.

We really hope you enjoy your day if you do decide to go to Enys House and Gardens and would love to hear how you found it. If you do decide to go, send us some photos and tell us what you loved about Enys. We always love to give our guests as much feedback on places as possible and a lot of that comes from past or future guests experiences! 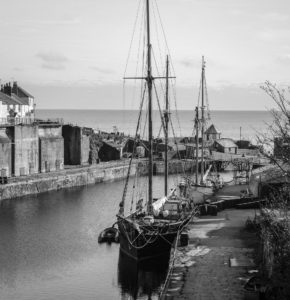 Charlestown is located about a mile outside the town of St Austell. We mentioned St Austell in a previous blog for the